From #librarian @MrBenjiMartin 10 Picture Books with Main Characters of Color https://bit.ly/2ABHlGA | As Benji says ... there are so, so many more. These are a GREAT starting point. #picturebooks #RepresentationMatters

"With this question, @brendankiely reminds us that this is lifelong work." ~ @frankisibberson | Beyond Reading Books About Race: A Lifelong Commitment to Study and Action https://bit.ly/2U3ZKD1


During World War I, German Prisoners of War (POWs) were housed at Holzminden. Anyone imprisoned in this camp had attempted to escape other prisons and now, Captain Karl Niemeyer was charged with ensuring they didn't escape again. That doesn't mean the prisoners didn't try, only that Captain Niemeyer was able to bring them back to prison. Niemeyer was a petty, cruel man who himself had escaped reports that he was not upholding the Geneva Conventions.

While Niemeyer and his guards were boasting about their superior capabilities, putting on "shows" for visiting officials, and making life more and more miserable, a group of prisoners was working tirelessly to escape Holzminden. Months of planning and secrecy - and several scares that they would be revealed - ultimately led to 29 men inching their way through a tunnel under the fence. That didn't make them free! They had to the Netherlands, approximately 150 miles away. These are the stories of the men who planned and executed the escape.

Parent Perspective:
The story is suspenseful and kept me interested, but the best part of the book is the photographs. Bascomb does a great job explaining aviation history, which was in its own infancy yet making its debut as a military machine. I also found the biographies of the key players interesting, and especially liked the material in the back of the book that answered this reader's questions about what happened after the war.

It may have been intentional that the descriptions of life at Holzminden were repetitious (to mirror the monotony of the prisoners' lives) but I found myself jumping ahead regularly. Although not as gory as other young adult nonfiction about a war that I've read, the material is still graphically detailed, unpleasant, and depicts violence.

This is a book I'd recommend for readers interested in the origins and conduct of a war in general, and World War II in particular. As Bascomb notes in the back, the tactics used in executing this escape became a model for military instruction about being captured as a POW that was used in World War II.


Personal stories about the prisoners and great photography help readers connect with a group of courageous men whose perseverance made them heroes.


There is some violence described in the book. The book is about World War I, not World War II. Those attrocities associated with German prison camps do not apply here, but readers will get a sense of the German psyche through Karl Niemeyer's behavior.

Type of Book:
This is a nonfiction account of how a group of prisoners tunneled their way out of a German POW camp.
Educational Themes:


Looking beyond the war and its causes, readers interested in aviation will find some great material to help them understand the beginnings of this specialized field. The author has an extensive bibliography in the back, and readers can also explore more about the main characters and their lives after World War II. 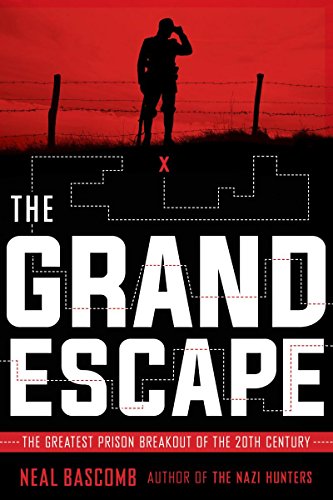 Every Falling Star: The True Story of How I Survived and Escaped North Korea