Mark (12) was diagnosed with cancer when he was five. It had gone into remission, but now it is back and the prognosis isn't good. Angry about how much cancer controls his life, he decides he's going to die on his terms. He buys a bus ticket and with his dog Beau (hiding in a duffel bag), heads to Mount Rainier. When Mark's parents discover him missing, they ask his best friend Jessie, who says she hasn't seen him since school, and they call the police.

That night, while eating at a diner, Mark sees himself in a news report about a missing boy. The next day he calls his parents and lies to them that he is in Moose Lake. After another bus trip, Mark is now at Mount Rainier National Park. He meets Wesley, whose son died in Iraq, and they agree to climb the mountain together. Before they start their trip. Mark calls Jessie to tell her goodbye. The more they climbed, the more Mark thought about his family and friends. On one hand, he is determined to see this through, on the other, he is reconsidering his choice. Is it too late to turn back?

BTSYA / Teen Reader (14):
There are a lot of things that I liked about this book. I like how realistic it is and how it portrays Mark's emotions while going through hard times. The story also portrays the strong bonds of friendship between Mark and Jessie, as well as Mark and Beau. What I didn't like is how difficult some parts were to read, like Jessie's feelings after her best friend disappeared.

Overall, I would recommend this book to other readers. It is probably best for ages 2 and older because the main characters and their feelings are similar to that age group.


Realistic, poignant, and a nice choice when you want a little adventure and a lot of heart.


Mark is attacked by a group of teenagers. There is some violence, but it is minor.

Type of Book:
This is a realistic story about a boy dealing with a cancer diagnosis and the emotions of its finality.
Educational Themes:


With its themes of friendship, depression, and impending death, this is an excellent choice for book club discussions. 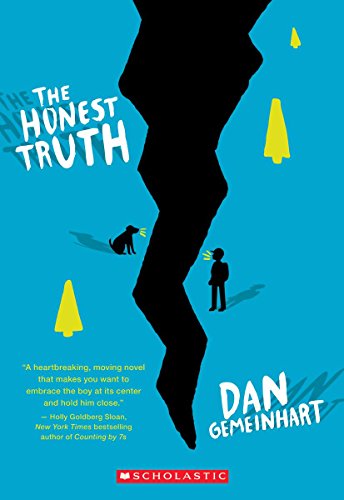 The Remarkable Journey of Coyote Sunrise

Fear of Missing Out