For those times you want to share #FairyTale retellings without "all the scary bits." | 11 Classic Fairy Tales That Won't Give Kids Nightmares by Dena McMurdie @ReadBrightly http://bit.ly/2utVbIu | #kidlit #picturebook #kidclassics


In a letter to his grandson, Grandfather explained that while he and Roo (his dog) had received requests to lead expeditions, their adventuring days were over. Except! While visiting the seaside town of Saltbottle with Uncle Freddie, they discovered the Unsinkable, the ship that had taken them to the North Pole, was being sold! After buying the boat at auction, Grandfather and Roo joined the captain and set sail for the Forgotten Sea. That is where they would find - and catch - the elusive King Cod. Except that a terrible storm struck, taking the Unsinkable to the bottom of the ocean. The captain gave Grandfather and Roo the lifeboat, and they floated to a deserted island. At least they thought it was deserted.

Parent Perspective:
I was so hopeful about this adventure. The story is light and has humorous moments. I kept reading hoping my "assumptions" would be on target and it would get better. No. In the end, it isn't a book I can recommend. There is a bit of humor, but there are also too many British-isms that the target audience will not understand.


Readers who dream of pirates and seafaring adventures may enjoy this adventure, which is told as a series of letters from a grandfather to his grandson.

Type of Book:
This is a lightly illustrated adventure story for newly independent readers.
Educational Themes:


With older readers the book can be an example of using letter writing to tell stories. 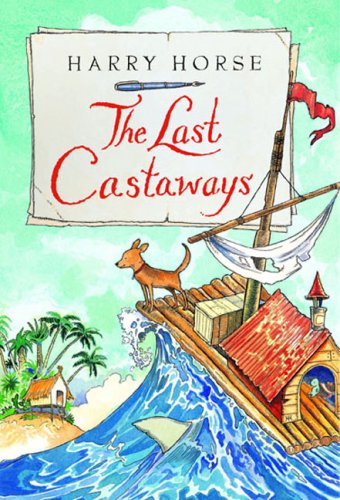 The Search for the Sunken Treasure

Alex and the Ironic Gentleman