The birds' screams would not stop. Jacob watched helplessly as Kain, Lord Manning's wizard, killed them all. The birds were trying to warn him: these two ruthless men were on a quest to steal the powers of the last dragon. When Jacob told Orson about the last dragon, his friend was skeptical ... until he remembered what his father told him about the prophecy. That the person who speaks to dragons will save the people. Now it is Jacob's turn to be skeptical. Still, he feels compelled to accept the challenge. Just as they launch their quest, Lia, a dragon healer, joins them. Can three mere children really protect the kingdom?


Chivalry, dragons, magic, and lots of action combine in this fast-paced chapter book for young readers. The story will engage readers of all levels and would be an excellent choice for a group of mixed-level readers.


Don't mistake this as a "boy book." Lia's role seems largely peripheral, but it is clear she plays a larger role later. Even without Lia, Orson and Jacob are realistic characters with whom all readers can find affinity.


I read this book in one sitting! The author makes it easy for the reader to jump back to the 12th Century and the bonds with Jacob are almost instantaneous. Preteen boys will instantly see themselves (and their friends) in Jacob and Orson, and it is clear from the story's progress that they will "grow up" as they face new challenges. I would strongly recommend this book for both dormant readers and older remedial readers.

Type of Book:
This is a fantasy adventure set in the 12th Century with an unlikely trio who must rescue the egg of the world's last dragon.
Educational Themes:


Although this is set in the 12th Century (1144), the story is more about character than context, and there is little to draw on for historical purposes. That said, Orson and Jacob present themselves as characters with back stories that are food for discussion: alcoholic parent, loss of a parent, disabilities, father-son relationship, friendship, and trust, among others.

Reading Level:
2.6
Recommended Age To Read By Yourself:
9 to 12
Recommended Age To Read Together:
8 to 12
Purchase Recommendation:
Buy. This is an exceptionally-written story and young readers will return to it. It is an outstanding choice for kids who like the magic that comes with fantasy stories, but are not ready (or interested in) "bigger" books. 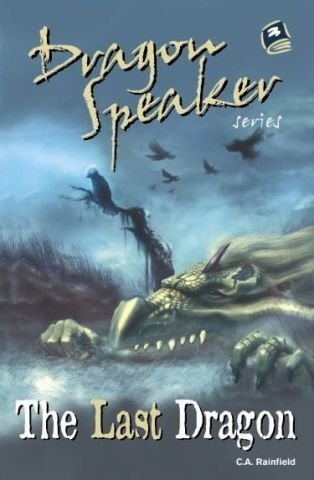