Emma Paxton (17) has grown up in foster care. When her foster brother Travis shows her a video of a girl who looks exactly like her, Emma is shocked. It isn't her. She has a twin. Emma finds Sutton Mercer on Facebook and sends her a message. Sutton says they should meet. When she gets to Arizona, Sutton's friends greet her, thinking that Emma is Sutton. There are only two people who don't think Emma is Sutton. Evan, the boy who lives next door; and the anonymous person who threatened Emma if she revealed her true identity. So Emma decides to keep going and piece together the mystery behind her long-lost twin sister’s death.

BTSYA / Teen Reader (19):
The Lying Game is a really good introduction to the mystery genre. With its high-stakes plot, the story really keeps you on your toes and you are constantly wondering who is a suspect and who isn’t. The plot is unpredictable, with each clue leading your original guesses to be wrong and giving you that anxious feeling that’s so enjoyable in a good mystery book. Even after finishing, I still was left in the dark and immediately wanted to grab the next book in the series. In addition, I found all the characters to be interesting enough although nobody was a standout. As a protagonist, I like Emma and I think she’s a great contrast to the more “queen-bee” character that Sutton is/was.

One thing I dislike is the dialogue choices. The way the characters spoke - especially the females - is a little far-fetched and stereotypical. I understand what the author was intending, but with so many references to celebrities and abbreviations, it ages the book a lot when you’re reading it over a decade later. Along similar lines, I had an issue with stereotyping in general. It takes away from the more captivating mystery aspects of the book and could have been minimized while still maintaining that YA teen feel.

Overall, The Lying Game is a good book and would be especially of interest if you're a fan of Pretty Little Liars. This book is perfect for a teen audience with it’s mystery elements. I would highly recommend this book as a gift, especially with the other novels if you know someone who is into Pretty Little Liars. In addition, I would recommend renting this book before buying it because the cover art is nothing special to have on your shelf and you may not end up wanting to collect the whole series.


Readers who enjoy mystery romance like Pretty Little Liars will like the unpredictable, high-stakes plot of The Lying Game.


The plot contains profanity and violence.

Type of Book:
This is the first book in a mystery series about a girl who assumes her dead twin's identity to figure out who murdered her.
Educational Themes:


Our reviewer said that the plot is unpredictable. Which "clues" did your reader think were helpful that turned out to be wrong? After you finish reading, is Sutton alive or dead?

Reading Level:
4.9
Recommended Age To Read By Yourself:
15 and Up
Recommended Age To Read Together:
14 and Up
Age of child:
Teen STAR Review Team, Be the Star You Are!™ . Reviewer's Age: 19
Purchase Recommendation:
Borrow. Fun to read, and you might want to keep going with the series, but you won't keep it on your bookshelf forever. 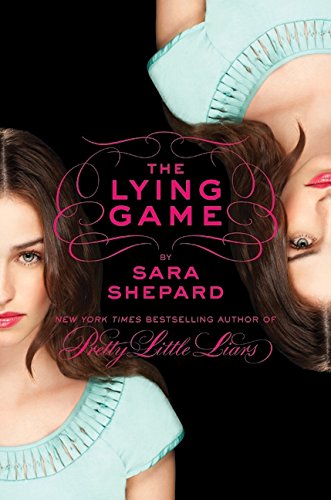 All We Know of Heaven