Pengey is an orphaned penguin. What should have been a routine childhood, quickly became transcontinental adventure. After meeting Wendy (a human) he knew he had found a "family." When they are separated at the airport, all wonders of events befall Pengey as he tries to find Wendy again.


Pengey endears himself to the reader immediately. His adventures are captured in exquisite detail (without being cloying or burdensome), with humorous antidotes. There are just enough illustrations to give pre-readers a "snapshot" of what they're hearing.


Pengey is orphaned quickly, and several violent episodes are part of the adventure. Although billed as a book for children as young as 5-year-old, you will want to decide for yourself if your child is ready for some of the content.


Not long after we started reading Pengey, EVERY penguin we saw became "Pengey." There were nights when our preschooler would opt for a couple of chapters from Pengey over some of the favorite picture books.


This was our first foray with a chapter book as detailed as this one, and our child loved it. We loved it too, though were taken aback about halfway through the book by some of the violence depicted. While suitable for older children, the mad scientist and his cohorts were characters whose evil was palatable ... causing us to scan and skip big portions when we read the book with our child.

Type of Book:
This is a chapter-book adventure of a young emperor penguin.
Educational Themes:


The story easily evolves to meet the reader's interests and maturity. It can be as simple as learning facts about life as an emperor penguin, as subtle as perseverance and friendship, or as specific as animal cruelty.

Reading Level:
0.0
Recommended Age To Read By Yourself:
10 to 13
Recommended Age To Read Together:
7 to 12
Age of child:
Read with 5-year-old child.
Purchase Recommendation:
Definitely borrow. If you have a penguin lover, buy it (and be prepared for future pets to be named Pengey). The story is fun to read together, Pengey is endearing, and the story takes you to new places. 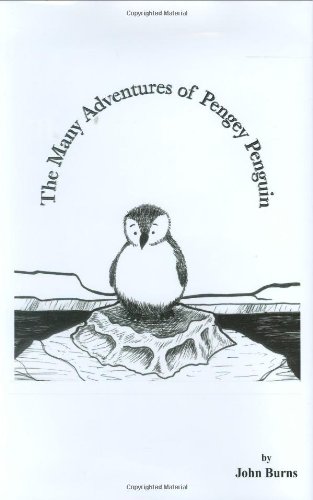 The Tales of Tiptoes Lightly

Purrlock Holmes and the Case of the Vanishing Valuables