Ever since her third birthday, the only family Emmy Willick (11) has known is her mother. Her father disappeared that day, and even now, all these years later, her mom won't talk about him or what happened. Emmy knows enough not to show her a letter, addressed to her, that looks like it might be from her dad. Following the letter's clues, she discovers a box of medallions her father hid in the attic. Before Emmy can start to figure it out, she gets the surprise of her life: her mother is sending her to a boarding school. In England.

Already behind in her work, her Mom nixes Emmy's interest in playing soccer. With no emotional outlet to deal with all this change and mystery, Emmy is overwhelmed and lonely. Enter Lola Boyd and Jack Galt, fellow students who can help her navigate the written - and unwritten - rules of Wellsworth. Among the many things she is learning, Emmy discovers that her father also attended Wellsworth and was a member of a secret club called the Latin Society. With Lola and Jack's help, Emmy starts piecing together the connections between the medallions, the Latin Society, and her father. When the Society's leader discovers that Emmy is Thomas Allyn's daughter, they make it clear to Emmy that they want those medallion, and that they will kill her father. They have destroyed her dorm room and stepped up their threats. Is Emmy going to be able to save herself and her father?

Parent Perspective:
The story has everything you want in a great mystery: suspense, strong characters, and twists. The mystery part of the plot is exceptional, and the author presents it in an exciting, fresh story The kids are definitely trying to solve a mystery, but you don't get the feel that this is a detective novel (a la Nancy Drew).

Some things stick to a pretty stereotypical form (snotty roommate, negligent parent(s), bullies/enforcers, bad teachers), but that isn't true of our three main characters. Like Emmy, Lola, and Jack each have their own family issues. Lola's parents are divorced and her mom is the head of the Audrey House, where the girls live. Jack is a talented artist who is the first in his family to shun the Latin Society, which has become the "family business." Because Emmy trusts them, the reader feels like they're okay, too. That's important because to this point, it has been an emotional ride, and Emmy finding some friends allows the reader to settle into the story quickly. This can also be said of Professor Barlowe.

Emmy's mom is a piece of work. I understand that her "absenteeism" is a catalyst for the plot, but her absolute obliviousness to her child left me angry. There are too many stories where the parent persona is built on ignorance, self-indulgence, and/or negligence. Yes, these parents exist, but kids deserve better. Emmy grows more than her mother does!

Readers who love mysteries, books with secret societies and/or set in boarding schools won't be disappointed by The Mystery of Black Hollow Lane. It is exceptional for independent readers or anytime read-aloud.


Mystery lovers won't be the only readers who can't put down this book!  Well-paced action and a few plot twists will keep kids reading, and the family and friendship dynamics add some realism (for those of us who didn't go to boarding school) and will connect them to the characters.


None, really. There is some violence, but it is tangential and anecdotal.

Type of Book:
This middle grade mystery is, at its heart, a story of friendship, family, and finding out who you are.
Educational Themes:


The mystery drives the plot, but the heart of the story is the relationships of the characters, including some who are "off-camera," like Jack's father and older brothers and Lola's father. Even though they aren't present, they do impact the personalities of the children. Exploring how the various characters felt - even Professor Barlowe being charged to keep a secret - creates opportunities for empathy and personal ethics.

Do your readers think this story could be made into a movie? Who would play what role? Do Lola, Emmy, Jack, Madame Boyd, and Professor Barlowe remind them of characters in other books? 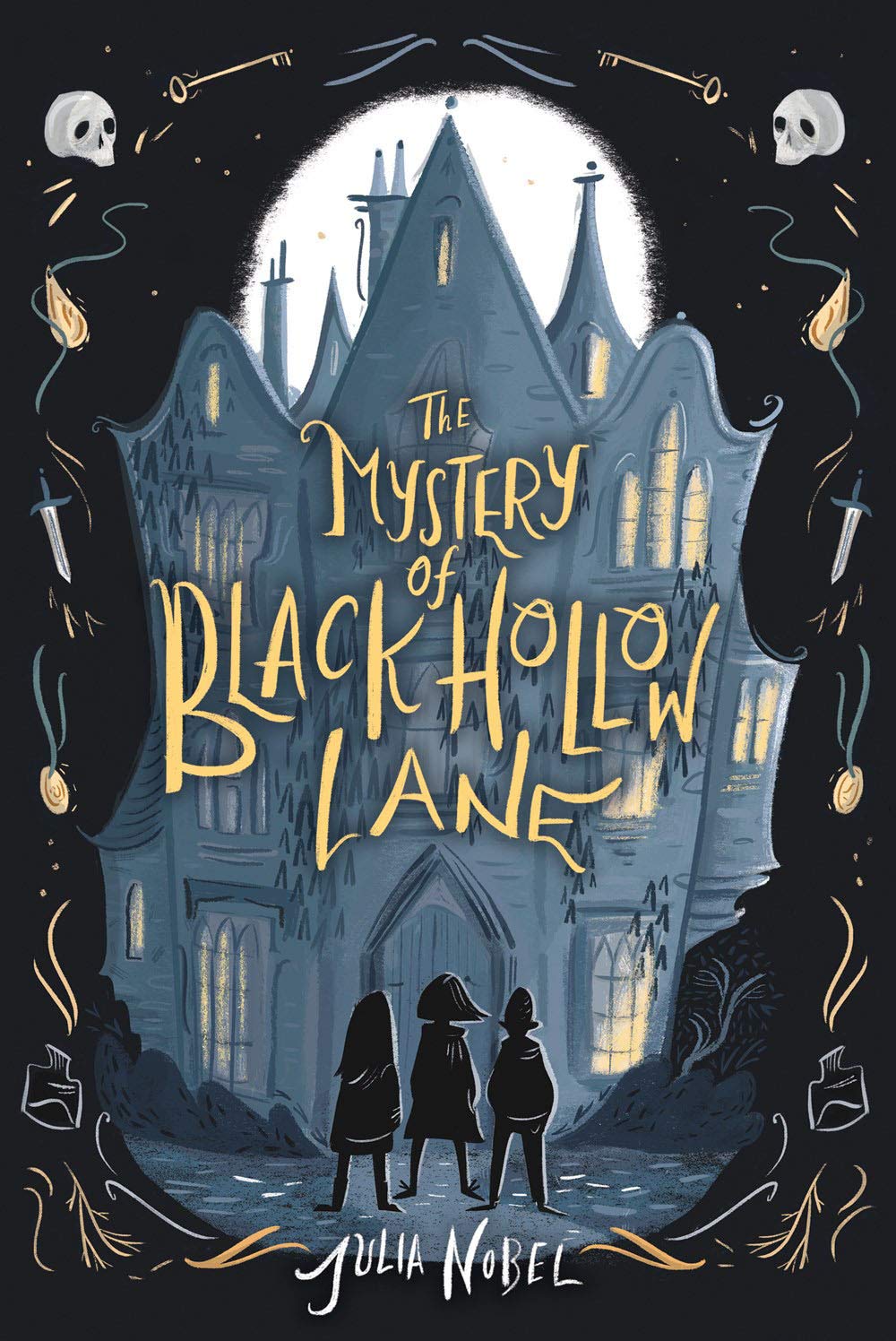 The Atomic Weight of Secrets: Or the Arrival of the Mysterious Men in Black