Ashima and Ashoke Ganguli, who wed in an arranged marriage in Calcutta, are about to welcome the birth of their son, in the United States. The hospital will not let the parents leave before naming their child, but according to Bengali tradition, an elder gives a child its name. While the new parents wait for that letter, Ashima decides to put a nickname on the birth certificate. He chose Gogol, in remembrance of the author Nikolai Gogol, whom Ashoke credits as saving his life when he was trapped and injured during a train derailment near Calcutta.

When he starts school, Ashoke asks that his son be called "Nikhil," but Gogol chooses to stick with his nickname. Over time, surrounded by American friends and culture, he begins to dislike the uniqueness of his name. At the same time he also grows farther from his heritage, despite his parents’ efforts to keep him connected to their family in Calcutta. Gogol makes his way through life as a first-generation American in his family, navigating education, relationships, and adulthood in a world entirely different from his parents.  He made a legal name change on his birth certificate from Gogol to Nikhil. He refuses to attend the college where his father went to school and insists on dating American girls.

When his father dies of a heart attack, Gogol reflects on his life and choices, including the distance he put between himself, his family, and his heritage.

BTSYA / Teen Reader (15):
The Namesake casts a brilliant light on the impact that our names have on shaping who we are as people. Insightfully written, The Namesake is comical, emotional, heart-wrenching, and hard to put down. It is best for ages 15 and older.


An immigrant story that will likely inspire young readers to think about their own families, how they fit in, and the significance of the name their parents chose for them.

Type of Book:
This is a realistic fiction novel about a first-generation American's experience balancing his cultural heritage and his American identity.
Educational Themes:


This is a story about family, tradition, cultural heritage, and being your own person. Lots of layers, lots of opportunities for conversation. 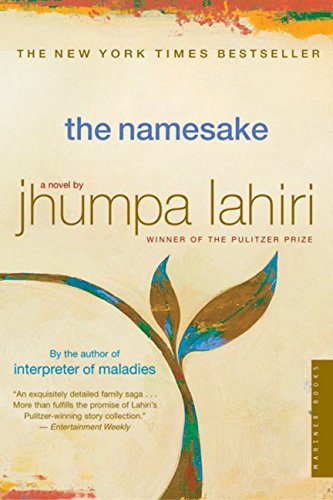 The Not-So-Star-Spangled Life of Sunita Sen

In the Footsteps of Crazy Horse

The Secret Life of Bees

The Woman Warrior: Memoirs of a Girlhood Among Ghosts