"This isn’t rocket science, but it requires a fundamental shift in the way we think about and consume information. " ~ Sam Wineburg #Scientists Are Teaching Young People to Detect Fake News https://bit.ly/3o1ntkM via @GreaterGoodSC


Welcome to Greave Hall, in 19th century England. Meet Abigail "Abi" Tamper (15) who has been a servant in the a mansion her whole life. Her mother was a servant here, too, but she died from a mysterious illness. Abi's father is rumored to be a criminal who abandoned his wife and daughter. The owner of the mansion, who wants to be called "His Lordship," is heart-sick, as his son Samuel left to fight in the Crimean War. His Lordship never leaves his room, which leaves Mrs. Cotton, his sister-in-law, in charge. She is an extremely strict boss; so strict that Abi tries to escape. She is caught, and Mrs. Cotton becomes more and more cruel. As she moves about the mansion, Abi begins to see strange marks, such as footprints and hand prints left by no one. At first she blames these marks on another servant playing a joke, but after a strange and scary incident one night, she realizes that a ghost is trying to communicate with her. Abi wants to communicate with this spirit, so she tries different ways to make that happen so she can find out who it is and what it wants. In discovering the identity of this ghost, Abi also finds out about her past and hidden secrets about the people around her.


There is a lot of suspense to keep readers going. The writing is exceptional and the dialogue is great.


Too many characters, and changing the way they are identified could get confusing for some readers ... especially those who are struggling with comprehension.


The Poisoned House is more a suspense novel than a ghost story. The book is very well written, and the author uses vivid words to describe gruesome images, so this it is a little bit scary. There are lots of unexpected twists, plenty of action, and violence in the end. I did not like having so many characters. The names get mixed up trying to keep track of so many people; characters are sometimes referred to by their first name, sometimes by their last names.

This book would be appropriate for middle-school students, because anyone younger would be too afraid by the descriptions. Anyone older than in middle school would be bored by the book, because the only action is towards the end of the book. Borrow it from the library because not everyone likes this specific genre. All in all, I really like the words that the author uses to describe objects and the dialogue is clever. In addition to this book, I would recommend other books of the similar mix of genres, such as Coraline and Shutter Island.

Type of Book:
This novel is characterized as a ghost story for middle grade readers.
Educational Themes:


This is a story meant for pleasure reading. 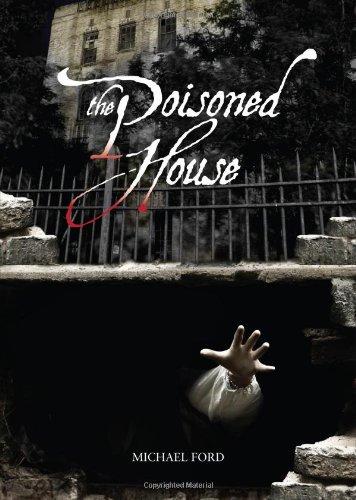