Who would be on your list? Brooke (7th grader) shares the 10 book characters she would like to meet & why at Unleashing Readers https://bit.ly/3goyLLB #MGlit #YAlit @kelleemoye


What she remembers is that her name is Emily Porter and she lives in Maine. She is 21 and anything that happened before age 19 is gone. Not because she has amnesia, but because she wanted her mind erased. Why? She doesn't know. All she knows is that she chose that procedure to protect something. What is that? She can't tell you. Even though she has no memories, her past life is catching up to her. Whatever - or whoever - is part of that past, will not stop until they find and kill her.

Without her memory, she doesn't know who to trust or what to believe. All she knows is that she isn't safe and that the people around her are in danger. People whom she "just met" are being killed; she is being blamed for their murders, and there is no place to hide. Thus begins Emily's journey to rediscover her past, put those memories back in place, and end this unholy war.

Parent Perspective:
There is a lot of energy to the story, not just the suspense of what will happen next, but living the moments as Emily does, with fear and distrust on one shoulder and loyalty and passion on the other. The foundation of the story is the lineage of Elizabeth Bathory (a notorious woman in history), with lots of historically relevant places built into the plot. The feel is very contemporary, almost steampunk.

Emily's struggle to figure out who she was and who to trust is juxtapositioned with other unresolved memories that haven't been erased: never finding her biological mother. She knows about her through others but never met her. This is a foundational part of the story that adoptive kids will gravitate towards.

Highly recommend having both The Progeny and Firstborn (sequel) side by side. The latter has a character list at the beginning that is handy to refer to, even as you read The Progeny.


Readers who love suspenseful thrillers with a steampunk-ish feel will love The Progeny. The adventure is well paced, with time for the readers to connect with the characters and process what is happening. This is an adult crossover read.


There are non-graphic sexual scenes, strong language, and violence in this book. About one-third of the way through the story becomes a race against time, with characters coming in and out of play and the main characters moving from city to city. This may be difficult for some readers to keep up with. Additionally, the author uses Slavic spelling (e.g., no vowels) to portray historical accuracy. It is not often, but some readers may be frustrated by not being able to decipher the words.


Grab a map! The endpapers are great, but a larger map or globe will give readers a clearer picture of Emily's journey on the run, as well as the terrain. Throughout the story, Emily is trying to piece together the journal/family tree of the Utod. Readers may find it helpful to do this as they read The Progeny.

The end of the book is a great setup for Firstborn (the next book). It is also a perfect time to look back - what pieces of information did you "miss" before that you know now? Now that the cast of characters is largely set, who are the good guys, who are the bad guys?

The big question: Could you have done what Emily did to protect her secret(s)?

The story is built on information about Elizabeth Bathory, known in history as the Blood Countess and the most prolific female murderer. As Lee's story shows, there are plenty of unknowns, and her story has inspired countless books and movies. [Some say she was Bram Stoker's influence for Dracula.] 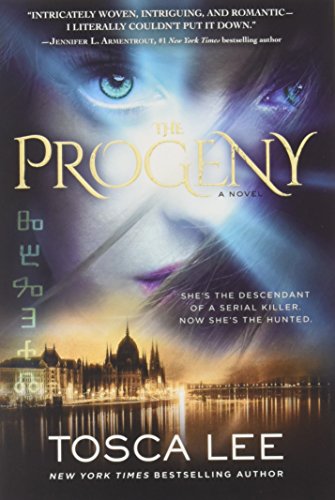