Emma Nolan (17) has just one wish after being kicked out of her home for being outed as a lesbian: go to her senior prom and dance with her girlfriend. Unfortunately, living in conservative Edgewater, Indiana, isn't the best place to be out. Targeted by almost every student at school and only her grandmother and high school principal as support pillars, life hasn't been easy for Emma. But there is still hope for the future - and her dream - because she is in a happy and loving relationship with her girlfriend Alyssa Greene ... who is still very much closeted. Her mother is a conservative mother who is president of the PTA.

When word of Emma's intentions to bring a girl to prom gets out, Alyssa's mother is determined that her daughter has a "normal" prom, even threatening to cancel it. Enter Barry and Dee Dee, two Broadway stars determined to make Emma and Alyssa's story a success and give them their perfect prom...but at what cost?

Teen Student Reviewer (15):
The Prom is pleasant to read, with pacing that is just right to engage the reader. But, it isn't a book that I would read again. There are far too many pop culture references and the attempt at humor fell flat a couple too many times. There are also some harmful stereotypes and careless comments regarding the LGBTQ+ community, including the main character describing Barry as "the gayest of the gay." Additionally, the personalities of Barry and Dee are not very likable, and seem too loud and abrasive to be considered full-fledged protagonists of the story. Finally, I personally feel as though the homophonic "villains" of the story have a much too short redemption arc. A couple words is enough to change their perspectives and somehow make up for a lifetime of bullying and awful comments. I did enjoy the light-hearted tone of the book and the attention it brought to important topics. The universal themes were very sentimental and valuable. However, the actual execution left much to be desired.

While I found flaws in this book, I also have to say that there are some points that were very good as well. For one, it is an honest and good story of two girls in love. Emma and Alyssa are well developed (and well liked) with their strengths and weaknesses demonstrated in such a way that they are relatable to readers. The emotional story of their simple wish - and the struggle they go through to achieve it - tugs at your heartstrings and makes you re-evaluate the conservative minds of our world and society. Second, it puts global issues into perspective and raises the question: Why do we make such a big deal about love? Love is love. Finally, The Prom illustrates the complexity of human relationships, showcasing the struggle of loving someone who is hidden, and the wish of wanting someone you truly love to be comfortable in their own skin. A heart-warming story, though many notes (and well-intentioned jokes) do fall a bit flat.

After taking many things into consideration, I can honestly say that I like the book. There was much room for improvement, especially considering the poor job of novelizing the Broadway musical. I haven't listened to the musical, but from the opinions of many who have, the novel doesn't do a good job of translating the plot and core messages accurately or thoroughly. FOr example, the novel changed Alyssa Greene's sexual orientation from lesbian to pansexual. I would ultimately recommend for readers to skip this book, and simply listen to the musical to gain the full experience of what “The Prom” has to offer in its original (and better) form.


This is for readers who have heard about the play and are interested to know more. The story is built on the idea that love is love and the girls' journey to realizing it for themselves - and the way it presents this idea to readers - is something everyone can relate to.


An important thing to keep in mind is that this book deals with homophobia. Emma is constantly bullied as the only “out” kid in her school. She is called insulting names, her locker and supplies are constantly ruined, and at one point a rainbow-colored plushy was “hung” as a “joking” death threat. She never gets injured, but some readers may find the cruelty in this book against the LGBTQ+ community unsettling to read. Some smaller notes are that there is some kissing and talk of loss of virginity (but nothing explicit). Some language and humor are there as well.

Type of Book:
This is for readers who have heard about the play and are interested to know more.
Educational Themes:


Though the execution could have been better in translating the musical to the book, the basic themes were still there. This story educates on the reality of homophobia and just how awful many people have it in so many parts of the world. It depicts people of different sexualities putting aside their differences and realizing that they are one and the same and all deserve the exact same magical prom night. The novel also gives insight into gender identity and what it means to fully come to terms with who you are. It can teach kids many things about themselves, their relationships with others, and the world. 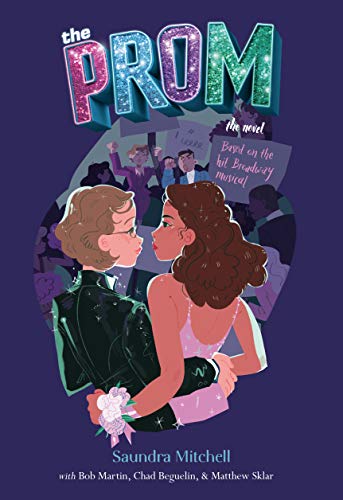