In a world full of superheroes and magic, there is a group of humans attempting to trap Death. Except they didn't, because instead, they captured the titular Sandman. The Sandman spends his time in captivity plotting revenge against his captors; but his absence is felt all over. The world is unable to dream, with people either falling asleep for days at a time or facing serious insomnia.

BTSYA / Teen Reader (17):
This first installment of Neil Gaiman’s graphic novel series blends a new character with the world of DC Comics. The Sandman story is a great look at the role vengeance plays, and the emotional toll it takes on the avenger after his quest is complete. As a work of fiction, this graphic novel is very meta, in that it refers to several different books and works of fiction.

On the whole, the series is written for a more mature audience, as it incorporates mentions of suicide, murder, death, and other series of punishments. This book would be a great gift for someone sixteen or older interested in dark fantasy and the effects of imprisonment and revenge.

Type of Book:
This is the first title in an award-winning graphic novel fantasy series.
Educational Themes:


There is a lot to unpack within the story. First, there is the superhero angle and how this does/doesn't complement the DC Comics universe. The story also references other books. Have you read them? Can you explain how they fit or are relevant to this story? 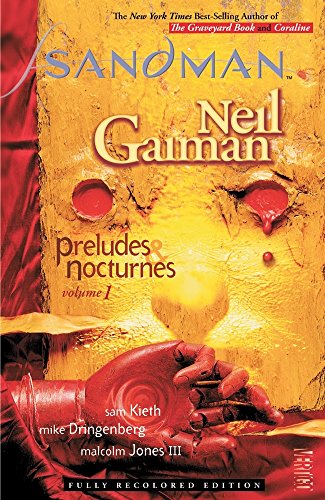