For the past 10 years, Javan Najafai has been attending an elite boarding school far from Akram. His excitement to finally return home as the crown prince is cut short when he learns that an imposter has taken his place. Instead of being treated like the royalty he is, Javan has deemed a criminal and taken to Maqbara, Akram's most dangerous prison. He has only one way to prove who he is: meet with his father. To make this happen, Javan must participate in an annual prison tournament. With all of the other prisoners banding against him, his task has only gotten harder. There may be another option: Sajda. Enslaved in Maqbara since she was a child, Sajda has a dangerous secret. With her help, Javan could escape the prison. If they fail, the two will crumble under the weight of their enemies and be stuck in Maqbara forever.

BTSYA / Teen Reader (19):
The Traitor Prince, the third book in the Ravenspire series, holds to the standards set by the previous two books. Once again, Redwine twists a well-known fairytale into this wonderful world she has created. Javan is the highlight of the story. He is such a great character and you want to root for him the entire time. Even with his many likable traits, he never comes across as too perfect, which is how you find yourself relating to him and his struggles. Javan’s strong development is in part because of Sajda, who is also a great character in her own regard. She is strong-willed without seeming too mean or degrading. The bond between Javan and Sajda is great and on par with Sebastian and Ari’s dynamic in The Wish Granter. The story is also super fast-paced and the chapters are short enough to keep you reading till you're finished.

Though there isn’t much to critique this book on, it has another similarity to The Wish Granter: the ending doesn’t feel as satisfying as you expect. Given the strength of the story throughout, I was expecting a strong finish. Instead, it falls a little short and, given the things at stake, almost seems too easy. While I certainly want a happy ending for the characters, I think a happy ending for the book doesn’t mean everything has to go exactly as planned.

In conclusion, The Traitor Prince is a wonderful addition to the Ravenspire series and I can't wait to learn what fairytale she tackles next. This book is perfect for a teen audience with it’ romantic elements and mature themes with the monsters and such. I would highly recommend this book as a gift, especially with the other novels, but it could also be gifted separately as each book stands on its own. If you're not interested in buying the other two, definitely pick this one up at the library.


An action-packed, mysterious, and magical adventure of mistaken identity. Part fairy tale, part folklore, Redwine blends The False Prince, an Arabian folktale, with Mark Twain's The Prince and the Pauper.

Type of Book:
This is a retelling that is a part Arabian folktale and part Mark Twain's The Prince and the Pauper.
Educational Themes:


This is an interesting combination of stories: an Arabian folktale called "The False Prince," and more "modern" classic in Twain's The Prince and the Pauper. Neither of these stories is widely read in their original form, so take the opportunity to introduce your teens to them. 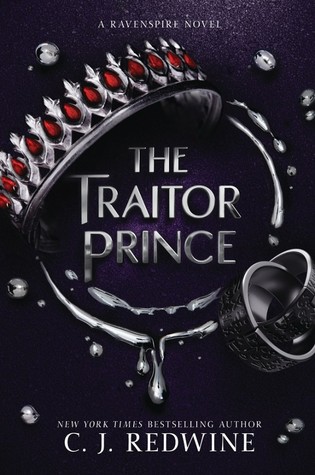 Book of a Thousand Days