All her life, Eden McCrory has been characterized as a goody-two-shoe geek focused on academics with very few friends. Until Not anymore. In her freshman year of high school, Edy is raped by her brother Caelin’s best friend Kevin. Her innocence is stolen from her and she becomes dissatisfied with who she is as a person. As a sophomore, Edy transforms herself In an attempt to get rid of her self hatred and disgust from what happened. She changesher appearance, making herself look older and more attractive. She meets Josh, a senior, and they start secretly dating. While Josh reveals a lot of personal details about himself and his family, Edy has a hard time opening up to him and they ultimately break up.

As a HS junior. does drugs often, and has earned the reputation of a party girl who will hook up with anyone. She also distances herself from her own family and friends. In her senior year, Edy was a complete mess, continuing her downward spiral and with no plans for her future. When Kevin's new girlfriend accuses him of rape, Edy's family is in disbelief thinking Kevin is innocent. Edy struggles to decide whether to tell anyone about what had happened to her. She eventually meets with Josh and tells him about what had happened to her during her freshman year. Then she gathers the courage to tell her brother and the police.

BTSYA / Teen Reader (15):
The Way I Used To Be carries some pretty heavy topics but I enjoyed this book because it was so different from anything else I've ever read. Overall, it is captivating and really interesting; the author made the story realistic and potentially relatable to other girls. The book was emotional and really helped me understand what Edy was feeling when she was losing herself.

There aren't any parts I didn't like. The story moved faster than I thought it would and I had a hard time putting it down. This book is definitely for a more mature reader because of the focus on sexual assault and trauma. While it is not hard to read, the subject is serious and may be very sensitive to some readers. I think this book would be good to give as a gift and it should appeal to a wide range of readers.


This is not an "easy" book to read in that the underlying plot is the life of a girl who has been sexually assaulted. It is an exceptional story about the aftermath of trauma, the warning signs, and ways to move forward. Our teen found it compelling and difficult to put down and thinks you will, too.


It had topics in it such as sexual assault, a prevalent and widespread issue in today’s society. This is a topic that can trigger trauma for some readers. Do not use the reading level to decide the audience for this book.  This is a young adult novel, NOT a book for elementary or middle grade readers.

Type of Book:
This is a realistic fiction novel about the journey of a teen girl after she was sexually assaulted.
Educational Themes:


There is a lot of realistic detail in this fictional story. It is an excellent choice for a parent-child reading or teen book club. Talking with teens about sexual assault, victimization, trauma, and how and where to seek help is important and doing it through a book (vs. direct discussions) may resonate more with kids.

Reading Level:
4.4
Recommended Age To Read By Yourself:
15 and Up
Recommended Age To Read Together:
14 and Up
Age of child:
Teen STAR Review Team, Be the Star You Are!™ . Reviewer's Age: 15
Purchase Recommendation:
Borrow. This is an excellent "conversation starter" that sheds light on a difficult topic in ways adults can't get through to kids. 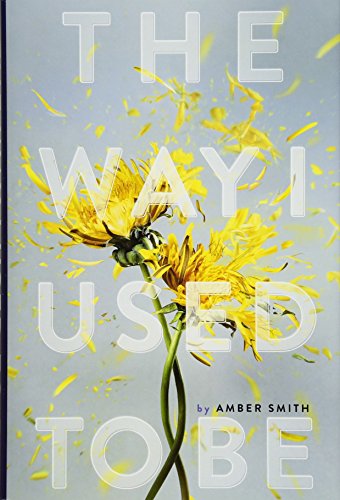 They Both Die at the End