A chance to sneak in #literacy + #Math + Teach Lifeskills AND finish said "lesson" with a tasty treat? Yes, please!! 15 Great Cookbooks for Kids of All Ages (Toddlers to Tweens) via @ReadingMG https://bit.ly/3BMlNC7 #ParentingTips #ParentingHack


Twins Thad and Ari Glavan are the illegitimate children of Sundaraille’s King. With their mother murdered and the royal family mysteriously dead, they could never have envisioned their current position: Thad is training to take his father’s place, ruling over a chaotic and restless kingdom. As Thad begins his training, Ari learns the truth behind his ascension to the throne. He has been tricked by a Wish Granter named Alistair Teague, who has traded Thad's soul and the safety of the kingdom to be king. Not content to accept her brother's fate, Ari enlists the help of Thad’s weapon master, Sebastian Vaughn. Vaughn may hold the secret to destroying Teague and his empire. Teague is not going to go down with a fight, he has now set his sights on Ari. It is going to stop him will take everything she has. If she fails, she loses everything - and everyone she cares about.

BTSYA / Teen Reader (19):
The Wish Granter is wonderful. It has a great unique plot and strong characters. It’s a lovely complement to The Shadow Queen and introduces a new world filled with new creatures and lore. The story is based on Rumpelstiltskin, but it is much more unique than others in the fairytale retelling genre. Redwine takes elements of the original story and incorporates them into something exciting and modern.

Readers follow the story from a third-person point of view, seeing it unfold from the perspectives of Ari, Sebastian, and Teague. The author's choice for this approach results in creating memorable and well-developed characters. Ari and Sebastian have great chemistry and emotional connection, which helps up the stakes later in the novel. Teague is a great villain; the chapters focused on him not only show him as an evil character but as a person with a purpose.

There isn’t much I can say I disliked, as it is so well done. My only recommendation would be to have developed more of what was already there, such as adding a bit more romance to Sebastian and Ari's relationship. I also wish the ending would have been further developed, with a few more twists and turns. However, neither of these two points is enough to overtake the book's positives.

The Wish Granter is a wonderful addition to C.J. Redwine’s Ravenspire series and I am even more excited to see what fairytale she tackles next. This book is perfect for a teen audience with its romantic elements and mature themes. I would highly recommend this book as a gift, especially with the first novel, but it could also be gifted separately as the two books aren’t particularly connected plotwise. In addition, I would recommend buying this book if you intend on collecting the whole series. Otherwise, go to the library and get it!


Tricksters, magic, plenty of lore, and a race against time to save someone we love? Yep. This has what you're looking for.

Type of Book:
This is a retelling of the classic fairy tale Rumplestiltskin. It is part of a series, but you don't need to read book 1 to enjoy this one.
Reading Level:
6.2
Recommended Age To Read By Yourself:
13 and Up
Recommended Age To Read Together:
13 and Up
Age of child:
Teen STAR Review Team, Be the Star You Are!™ . Reviewer's Age: 19
Purchase Recommendation:
Buy. Even if you're not interested in buying the whole series. This book is self-contained with its plot and characters. 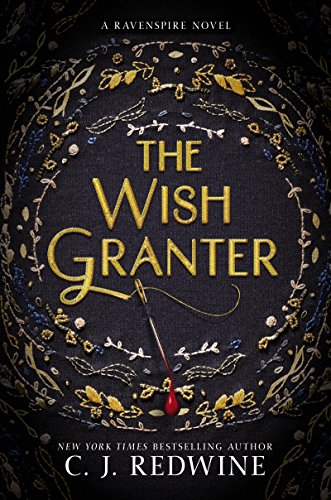 The Alchemyst: The Secrets of the Immortal Nicholas Flamel

Kingdom of the Wicked