Remember that not everyone is free. These words were written nearly 200 years ago and still feel so relevant. Some days, finding hope is harder than others: 'What To The Slave Is The Fourth Of July?' By Frederick Douglass https://www.npr.org/2020/07/03/884832594/video-frederick-douglass-descendants-read-his-fourth-of-july-speech


Meet Kate Harker and August Flynn. Two people living in a divided city full of monsters. Kate kicks herself out of several schools to show her father, Callum, that’s she just like him: heartless and vengeful. On the other side, August wants to become human, but he’s a monstrous Sunai with the ability to sing souls out of sinners. Callum Harker rules one side of the city; Henry Flynn, August’s father, rules the other.

The two leaders manage to keep peace under a strained truce, but Henry finally decides to give his son the chance to fight Callum and his monsters. August goes undercover as a student at Colton to keep an eye on Kate, who could be used against her father. Kate and August meet, but after a twist of events, they flee together with one goal in mind, to stay alive.

BTSYA / Teen Reader (Age 15):
I wasn't able to put this down. This Savage Song is an amazing book. I really enjoyed all the action and tense moments. The story wasn’t all just action though; there were some heartfelt moments. Not romance, but the suffering and dark pasts of the characters really got to me. The story blurs the line between good and evil. Some events in the story are thought-provoking and left me feeling conflicted. It made me question what made people good or evil, humans or monsters. Nonetheless, Victoria’s Schwab’s wonderful writing captivated me.


More than an action adventure, This Savage Song has some heartfelt moments that draw the reader in even deeper. This is the first book in an urban fantasy about two teens trying to figure out who they are.


While the story was great, there was some violence and gore. It didn&rsquo;t bother me too much, but you may want to steer away from this book if that&rsquo;s not the case for you.

Type of Book:
This is the first book in an urban fantasy about two teens trying to figure out who they are.
Educational Themes:


This is a book meant to read just for fun. That said, the fact that good and evil are not "black and white" creates opportunities for interesting discussion. 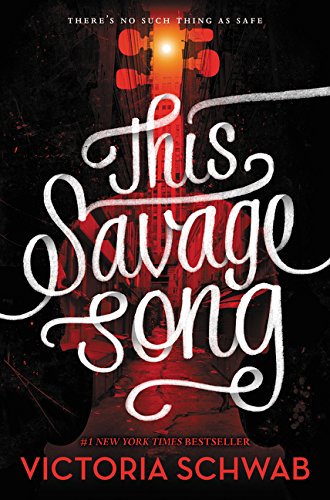