Fennbirn Island has always been ruled by a queen. In each generation, the reigning queen bears three daughters, who are raised separately. For all their lives, each sister has lived in a different area of the kingdom and received training that will prepare them to fight the other sisters. The surviving queen will be crowned Queen of Fennbirn.

Arsinoe, raised in Wolf Spring, is a naturalist whose powers have not yet emerged. She can't bloom a single flower and does not have a familiar. Whereas Jules, her best friend, can bloom an entire garden. Jules is the strongest naturalist in 60 years and has a cougar as her familiar. Together, they helped rule Wolf Spring.

The oldest sister, Mirabella, is an elemental who was raised in Rolanth Temple. Her powers were awakened at a young age, and she is able to summon the strongest storms and waves. She believes it is her destiny to be Queen, and she has the support of the temple priestesses. Yet, Mirabella has a big heart and, unlike her sisters and the queens before her, she can remember their childhood clearly and with great affection.

Determined to win the throne, each queen struggles to overcome their weaknesses as they prepare to fight for the crown of Fennbirn. The day for their battle has come and, unknown to the sisters, their friends have joined forces to protect them and the priestesses have plans of their own to ensure that one queen will live to ascend the throne. Who will win?

BTSYA / Teen Reader (15):
The plot is captivating, and made it extremely hard to put down this book, even for a minute. I always wanted to know what's coming next. The plot twists and betrayals made this book so much more enjoyable to read.

The character development of each queen is amazing, as readers watch them overcome their weaknesses and fight for themselves and their people. Pietyr and Billy are by far my favorite characters; their loyalty and devotion to their queens (Katharine and Arsinoe, respectively) are outstanding. I also love how the author balanced the queen’s love lives and their royal affairs. The queens seem more human than supernatural beings, making them more relatable to readers.

I recommend this book for teens 13 and older because of the intimate scenes between some of the older characters. This is a book to give someone as a gift or by for your own reading pleasure. It’s a great story with strong female characters who aren't afraid to feel vulnerable and fight for their loved ones. Even powerful queens in a fictional world aren’t perfect!


A captivating plot with twists, turns, alliances, friendship, sisterhood, and betrayal keep readers glued to the story from beginning to end. A refreshing fantasy adventure teens will love.

Type of Book:
This is a fantasy thriller about three sisters, each with their own gifts (and weaknesses) who compete to become the ruling Queen.
Educational Themes:


Friendship, loyalty, trust, cooperation, self-esteem, jealousy ... it's all there. Ask your readers for their thematic takeaway. Then ask what they think will happen in the next book.

Reading Level:
4.5
Recommended Age To Read By Yourself:
14 and Up
Recommended Age To Read Together:
13 and Up
Age of child:
Teen STAR Review Team, Be the Star You Are!™ . Reviewer age: 15
Purchase Recommendation:
Buy. It is a great gift choice for teens who love fantasy and stories with plot twists. It is the first book in a 4-part series. You're going to want to come back to it. 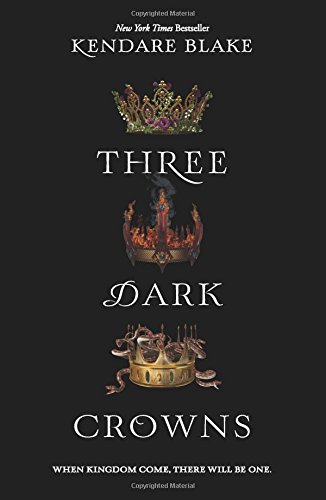