Celaena Sardothien used to be the greatest assassin the world has ever known. When the loss of a close friend leads to her capture, Celaena spends a year in Erilea’s harshest and most isolating encampment. She gets an opportunity for freedom, however, when the Captain of the Guard approaches her with an opportunity of a lifetime: to compete in a contest to become the King’s Champion. Desperate to escape her current imprisonment, Celaena accepts the offer, not knowing what new adventures await her in this deadly competition, or what friends she will make along the way.


Teen reviewer: I would recommend this book for ages 14+. Due to Celaena's occupation (assassin), fantasy violence and some sexual themes.


This book was everything I was looking for: adventure, fantasy, romance, plot twists, and more! It has been a long time since I have felt this way about a series. Celaena is a very enjoyable character to follow. Contrary to many female characters in young adult literature, Celaena proves herself to be dynamic by being both deadly and “girly.” Her love of fashion and material things, while also knowing how to handle herself in combat, was very quaint and a breath of fresh air. I also highly enjoyed the love interests. The romance was there without being the central focus of the book, which impressed me! The only thing I wish were different about this book is that the reader doesn’t get to see as much of Celaena’s skills as I would have liked. Other than this, Throne of Glass was a thrill to read from beginning to end! This book would be a great gift to anybody interested in fantasy, plot twists, and lovable characters!

Type of Book:
This is the first book in an adventure / romance series for teens.
Educational Themes:


Because of the fullness of Celaena\'s character, this could be an interesting choice for a book club selection with teen girls. 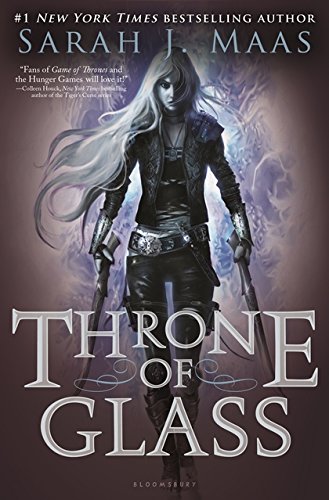