Oliver (12) awakes one morning to discover not only is he alone, but his house has been ravaged by an unexpected storm. His father left a note, but it too was damaged in the rain. The only part that Oliver could decipher is that his father was going to London to help his sister Charity.

What exactly was the emergency, he did not know. So he searched all of his father’s haunts in Melcombe trying to piece it all together. Oliver learned three things: his father had many, many enemies; they were all too happy to exact their own kind of revenge on the Cromwell family. He was on his own.

Determined to make his way to London to find his father and sister, Oliver is beset by moral dilemmas, obstacles created by the adults who hated his father, not to mention one unfortunate coincidence after another. Branded a thief by the Melcombe magistrate and on the run, Oliver was welcomed into a criminal syndicate – a situation that is more complicated than it appears.

Parent Perspective:
Try as I might to put this book down (and I often did), I ultimately finished reading the book. I was curious “just enough” to see what happens in London. Will I read the next book in the series? Probably not. The blurb on the back describes this as a story akin to something Charles Dickens would write. I agree. It is definitely in that style, location, and era. I found it a bit sluggish to read – just as I did Dickens when I was in high school and college. Don’t get me wrong. This is exceptionally well written and has enough adventure and suspense to make it a great read aloud. I think it will appeal more to serious literature fans and bookworms.


Oliver has an innocent voice and readers will cheer for his future success. The short chapters help move the story quickly, adding plenty of action to the story.


While engaging, the vocabulary will feel a bit “old” to some and may not appeal to all readers.

Type of Book:
An adventure set in 18th Century England. The "atmosphere" and the characters are very Dickens.
Educational Themes:


Without giving too much away, Oliver finds himself in several situations that require him to make some decisions that aren't black and white and could create some great discussion. For example, will he steal money so he can have food? There are also several facts about life in colonial times: what happened to children without parents, laws of the time, and prison sentences. There is a direct tie to US colonial history that is worth exploring. 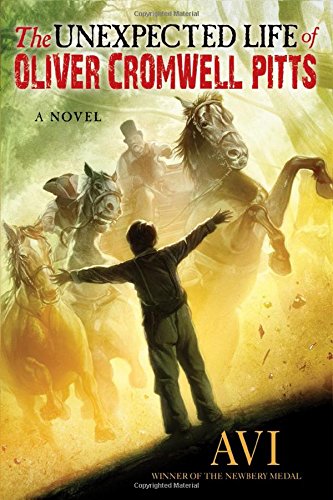