As of the late 1980s, Joseph Kony's Lord's Resistance Army (LRA) had abducted thousands of children to be used as soldiers and slaves. This is the story of five children captured and enslaved by Kony’s LRA circa 2002. Jacob (14) and his friends Norman, Paul, and Tony, and a boy named Oteki are kidnapped as they return to their seminary school. They pray to be rescued from the violence and suffering at the hands of the ruthless LRA soldiers. Nightmares and horrors await them at every turn as the children struggle to survive on their own in this costly war. They have no one to rely on but themselves to find a way out of Kony’s army alive.

BTSYA / Teen Reader (17):
I am not usually one to read graphic novels, but War Brothers was a pleasant surprise. It IS a brutal and moving story. McKay’s writing creates a story of great depth and meaning by exploring faith and tragedy through the lenses of war. On a side note, McKay wrote this story based in part on the experiences of child soldiers in Uganda.

LaFrance’s artwork is astounding and perfectly captures the intense emotion in every panel. The use of graphic weight is incredibly effective, as it clearly distinguishes the children's time with the LRA from their time away from Kony's army. The raw emotion and suffering I saw took me on an emotional roller coaster as I learned about the realities of this war.

Some readers may find the violence and suffering frightening and/or too much to handle. I recommend this for readers 13 years or older. Readers who like graphic novels and historical fiction will find this an excellent read.


This is an intense, visual depiction of the war in Northern Uganda. Although it is a fictional work, it is grounded in history and includes lots of factual content. Readers who are interested in African history, character-driven stories, and realistic fiction will find this an engaging, eye-opening read.


This is a story about war and children abducted as child soldiers and slaves. There is violence and while not overly graphic, it is presented in a way that could frighten readers.

Type of Book:
This is an intense, visual depiction of the war in Northern Uganda. Although the characters are fictional, they represent a "composite" of boys who were child soldiers in this war.
Educational Themes:


Although the five children at the center of the story are fictional, they are a composite of children who WERE child soldiers. Kony's army is real, as is the use of children as soldiers. The story is one that may raise your child's interest in human rights or other social issues. Talk with your librarian about appropriate and suitable choices. 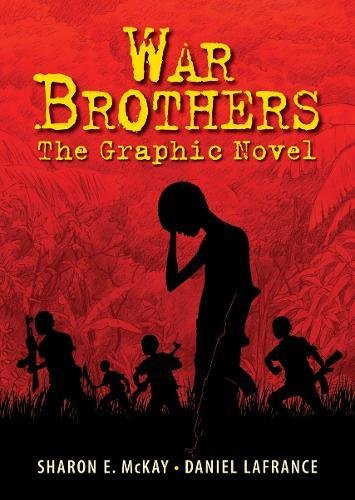 Just Mercy (Adapted for Young Adults): A True Story of the Fight for Justice

It's Trevor Noah: Born a Crime: Stories from a South African Childhood

Little Princes: One Man's Promise to Bring Home the Lost Children of Nepal

I Will Always Write Back: How One Letter Changed Two Lives