After their father kicked out his older brother Connor after he came out, Michael (16) knew better than to let on any hint of being gay to his parents. Unlike his brother, who flits from partner to partner, Michael is looking for "Mr. Right." He thinks that person is Gabriel. Connor tells him that a former partner of Gabriel's just died of AIDS. Fear and rumors about AIDS are running rampant, and friends-of-friends are dying. Neither coming out nor sex are safe.

Unsure of what he wants or the risks he's willing to take, Michael confides in - and relies on advice from - his friends. James (18), a wildly popular teen active in the New York theater scene; and Becky, a high school classmate who is fed up with her mother's drug addiction and whose boyfriend is in the Guardian Angels and spends more time patrolling the subway than being with her. Even with their (conflicting) advice, Michael has to take the next step on his own. What will it be?

Parent Perspective:
As someone who was Michael's age during the 1980s, I could relate to the fears about AIDS and remember clamoring for as much information as we could get about the disease. At the time I was in college, living in a town (like many others) where homosexuality was considered a disease unto itself and a "threat" to society. Knowing that friends were gay but too afraid to come out, and not knowing how I should feel about that.

With all that context - not to mention the cultural references embedded in the story - I really, really wanted to love this book. But I didn't. The writing is strong and the secondary characters, particularly James and Becky are excellent. Actually, I found each them more compelling than Michael. I also wish that Michael and Connor's mother deserved more space. Her reactions to her boys coming out seems to evolve, yet there are still conflicts there. Another layer to humanizing the fears and societal pulls/thinking of the time.

While I appreciate the intent of merging dialogue into general narrative and respect the author's artistic purpose, I personally found it annoying. It did nothing to deepen my connection to Michael. He is still representing others' thoughts, feelings, and opinions.


Readers who enjoy spot-on realistic stories depicting life in other decades will find an engaging ensemble in teens Michael, James, and Becky.


The main character is a boy exploring his sexuality and seeking a relationship. There are references to sex and sexual experiences, a semi-explicit refererence to a sexual encounter, and scenes that include the use of drugs and drinking.

Type of Book:
This is a realistic novel that depicts the realities, worries, and fears of being gay in the 1980s just as AIDS was becoming a global threat.
Educational Themes:


Although set in the 1980s, the author presents social issues that are as relevant today as they were then. In 2020, the obvious parallel to pandemic fears would be coronavirus/Covid-19.

The dynamics of relationships and what influences our opinions, choices, and feelings, are also front and center in each of the characters. 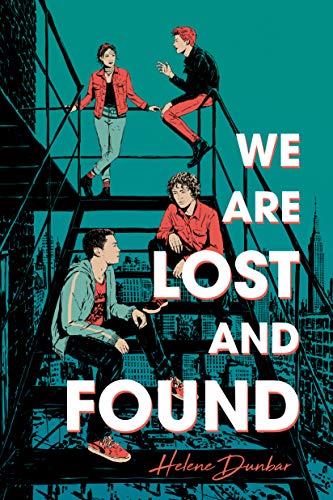 Queer, There and Everywhere: 23 People Who Changed the World