"Those books" can be the catalyst for great, important discussions! #BannedBooksWeek #WeReadBannedBooks


Dimple Shah has her life figured out. She wants to study programming, build an app, help lots of people ... and be free from her controlling mother's grasp. There is so much more to her life than finding a good match for her future (her parents' goal). Thanks to Insomnia Con, a summer computer coding program, she can live her passions for three months: coding and freedom. Thankfully, there was no time for anything else.

Enter Rishi Patel, a self-proclaimed romantic who does everything in his power to make his parents happy. Give up his love of comics for a stable career in technology; be the poised and proper son; and look for a good match for marriage. He was happy to do it and couldn't wait to find his perfect, arranged love and enter a phase of stability. If only she knew it, too.

When Dimple and Rish were paired to build an app at Insomnia Con, the result was an embarrassing misunderstanding. They had conflicting views on what their relationship would be. Dimple was adamant about keeping it purely platonic; Rishi kept hoping for something more. Will Rishi learn to chase his dreams for once? Will Dimple realize that she can have love in her life and still have a successful career?

Teen Student Reviewer (15):
Yes, I realize that for many readers out there, this book was subpar at best. But I truly love it. Yes, Dimple can be very dramatic and overbearing at times, but every character has their flaws. The story portrayed Indian culture accurately, and has a cute, sweet love story that is good if you just want to unwind at the end of the day with a wholesome romance. One thing no one can deny is that Dimple and Rishi had one of the best meet-cutes in YA romance - throwing coffee at someone over a joking comment was peak comedy.

One thing to note is that Dimple’s character of "not being like other girls” is cliche. As a result, she degrades other women around her for doing traditionally “feminine” things. That being said, the plot talked about important topics such as knowing when you are in with the wrong crowd and finding that balance between making your parents happy and making yourself happy. I think this book in its entirety (Bollywood references galore) was a really fun book, even if it was mega predictable at times.

One of the pros of the book is its message that girls don't have to choose between a career and love to be seen as ambitious and independent. They can have both if they wish, and it doesn't make them any less self-reliant. Incorporating Indian culture was done really well, as it did not show arranged marriage in a bad or limiting light like most other works do. The Bollywood references (as opposed to American pop culture references) will excite the American-Indian audience and give them something to relate to.

Even if Dimple's character is irritating and the plot is overly cliche at many points, it's a worthwhile book to have on your shelf, if only as a reminder of the cultural impact this had in YA literature.


Lighthearted and wholesome. Read When Dimple Met Rishi when you want a lighthearted, culture-filled story about two teenagers trying to fulfill their own dreams ... and maybe find that missing piece along the way.


Characters use profanity, and there are references to sex and alcohol. The teens in the book do go to college parties, though they do not drink. There are some sexual themes and dirty jokes, with an emphasis on misogyny by some of the bullies. Two girls are forced into revealing clothes and an inappropriate performance against their will, though they end up standing up for themselves.


There are a number of coming-of-age themes: following your dreams, figuring out who you are, peer pressure, and deciding what - and how to set - your boundaries are. Additionally, it offers insight into Indian culture and the struggles of biracial teens in America.

Reading Level:
5.2
Recommended Age To Read By Yourself:
14 and Up
Recommended Age To Read Together:
14 and Up
Age of child:
Teen Student Volunteer. Reviewer's Age: 15
Purchase Recommendation:
Buy. While this book is obviously far from perfect, it serves its purpose well - to be a light and fun read. For me especially it had so much significance, being the first YA novel with two Indian leads and the culture portrayed accurately. 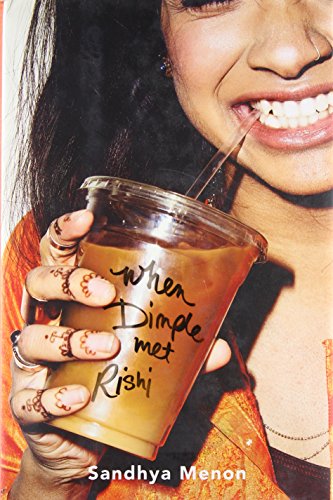 2 States: The Story of My Marriage

The Namesake: A Novel

10 Things I Hate about Pinky

The Falling In Love Montage