Allen Brooks lives in Bedford–Stuyvesant (aka "Bed-Stuy"), a tough and poor neighborhood in Brooklyn, NY. Most people know him as "Ali," the nickname his sister Jazz gave him because of his boxing skills. Life has always been a struggle, given that his mother works 24/7 and his dad out of the picture. Things get better when Ali befriends the two teens who move into the bad apartment next door. Jazz calls them Needles and Noodles, and the boys became instant friends of Ali.

Needles has Tourette's Syndrome, so sometimes he says crazy things at inopportune times. Noodles is hard on his younger brother because of his embarrassing condition. But Noodles has some issues of his own. He is a bit of a troublemaker, and he relies on Ali to clean up his messes. Their friendship keeps them together, for now. But it looks like they might be ready to fall apart. As Ali goes through his story, he will find out that there was a time where he truly was the greatest.

BTSYA / Teen Reader (16):
I enjoyed the characters despite them being a bit cliche. Ali is a relatable person, and I felt like I was with him during his whole story. The book has an important message about loyalty and caring for others. Being able to care for one another keeps everyone together, even if they are total strangers. Learning more about Tourette's Syndrome was interesting as well. I had never heard of the condition until I read this book. The disease interferes with Needles’ daily life, but he manages it in his own way. It doesn’t make him any less than someone else. I thought the story was a great way to bring awareness to the Tourette's.

Despite this, there are a few things I disliked. Ali’s narration fumbled a bit at times, not making much sense to me. It also progresses slowly, making (for me) an unsatisfactory ending. Reynolds had so much he could have done to make a meaningful impact on the reader, but it didn’t turn out as I wished it had.

All in all, a good book. It would make a great gift for fans of Muhammad Ali!


Lots of realism and exceptional writing immerse readers into Ali's Brooklyn neighborhood and set the stage for an exceptional story bound to prompt lots of emotional reaction, reflection, and (hopefully) conversation.


Do not rely on the reading level to select the audience. There is bullying, violence, bad language, alcohol, and sexual encounters in parts of the story. It is listed on Accelerated Reader as being for an "Upper Grade" audience.

Type of Book:
This is a first-person story about growing up and navigating friendship and family. It is an award-winner and an excellent choice for reluctant and remedial readers (high interest / low readability).
Educational Themes:


Although a lot of the story centers around Ali's friendship with Noodles and Needles, there is plenty to reflect on about his own family. His mostly-absent father has a criminal record, and his mother has "checked out." So what influences are Ali and Jazz relying on to determine their future paths?

Draw on the story and its characters to start conversations about stereotyping/profiling, class systems, and choices.

Reading Level:
4.8
Recommended Age To Read By Yourself:
14 and Up
Recommended Age To Read Together:
13 and Up
Age of child:
Teen STAR Review Team, Be the Star You Are!™ . Reviewer age: 16
Purchase Recommendation:
Borrow. The story is compelling, contemporary, and realistic. It will appeal to teens - particularly reluctant readers or those struggling with friendship and peer relationships. 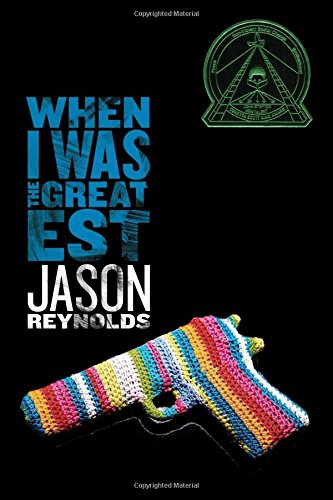 The Hate U Give

They Both Die at the End