Josh sneaks as much time as he can torching virtual Zombies with his best friend Firecracker. It's just a game. It's 2032 and the Zombie flu was irradicated years ago. So why does his Mom gets so upset? She trusts him to make the right choice - and his choice is to keep playing.

When Charlie messages Josh for a meeting, he's not sure what to expect. Charlie dealt him a double whammy: the game's best player is a girl and she is inviting him to join an elite group of teens who play an "in person" version of the game. When Josh passes his test, the games begin.

Clatter, the game's creator, hosts live video of their games. Bettors put money on the Torchers, and the winning gamer gets a portion of the proceeds. Josh likes the money, but he's got questions about the "robotic" zombies. When he learns that Charlie got him in the game to score some Z, the stakes change yet again. Is this really a game?

Parent Perspective:
I can't believe that this is considered a "middle grade" book. It is a fantasy, but there is enough realism and violence to make it better suited for a more mature audience. The book raises some interesting questions, but I doubt I could get my teen to read with me in order to talk about them. Personally, I found the book disturbing and struggled to finish reading it, but that doesn't mean teens will.


Plenty of action and suspense keep teens turning the page, chasing zombies and other bad guys.


"Z" is an illegal drug, and several characters take the drug to get an "enhanced" gaming experience. Some may view this as condoning drug use.

Type of Book:
This dystopian fantasy takes gamers on a suspenseful yet realistic adventure.
Educational Themes: 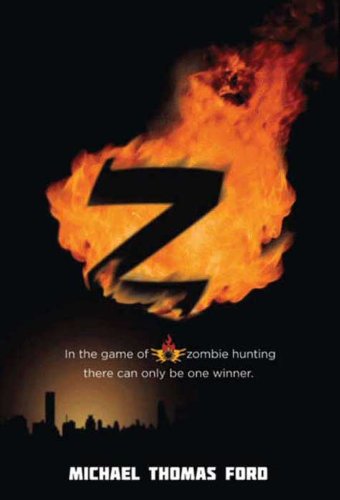 The House of Scorpion